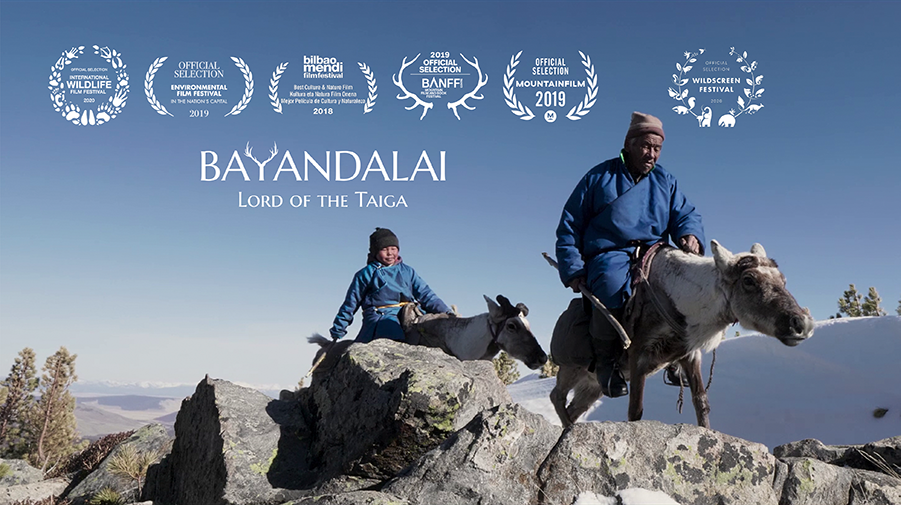 Bayandalai Lord of the Taiga

To the north of Mongolia, lost in the vastness of the Taiga, one of the last remaining nomadic families of the Dukha people awake next to their sacred reindeer. They’re the clan of Bayandalai, a native leader who has refused to abandon the wilds of nature in order to continue roaming the largest boreal forest on the planet on the back of his reindeer with his people.

We embark on a one-way journey into the interior of the Taiga with his grandson Gantulga, wife Tsetsegma, and son Khos Erden, where Bayandalai will reveal to us the secrets of a nomad people whose culture is on the brink of a precipice.

We use cookies to ensure that we provide the bes user experience on our website.
Manage options Manage services Manage vendors Read more about these purposes
View preferences
{title} {title} {title}